Birch Bark – The Gifts of a Fallen Tree 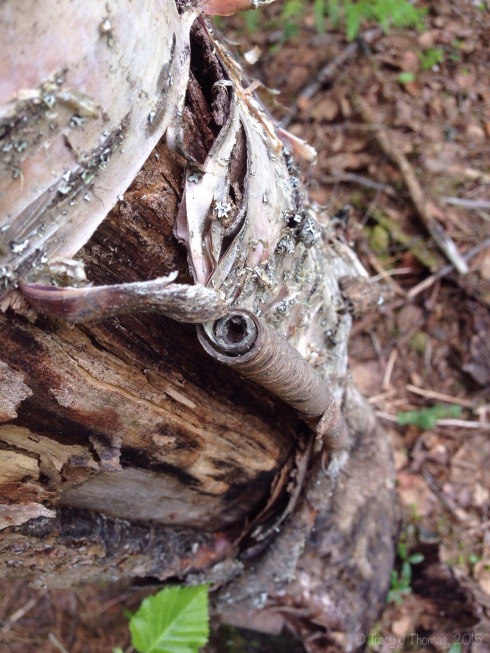 I adore Birch trees. The light coloring of the Western Paper Birch with its unique peeling bark and lenticels catch my eye immediately when wandering the forest. Their foliage turns a brilliant yellow during the Fall and the leaves make a beautiful rustling sound in the wind. These trees can grow up to 70 feet tall and 1-2 feet in diameter over 80+ years.

The Native Americans utilized the Birch tree for a number of things. They used the outer bark for the skin of their canoes and to cover their wigwams. They made bark containers for collection and storage of food as well as for cooking. The wood of the Birch was used to make musical instruments, toys for children, and hunting and fishing gear. The bark was also woven into baskets and incorporated into their beadwork.

Birch bark can be used for tinder to start a fire (even when it’s wet), as paper to write on, and can be woven into a hat or a pair of shoes if you find yourself lost in the forest. The sap from the Birch tree can be made into wine or beer and the leaves and inner bark can be turned into a detoxing tea or medicinal cream for issues with the skin.

It is never a good idea to peel the bark from a live, standing Birch. It can leave the tree vulnerable and sometimes it will die, especially if some of the protective inner bark is cut and removed during the process. It is best to remove bark from a fallen tree. Where there are Birch trees there are usually several that have fallen due to disease, high winds, or snow load. Occassionally a larger Birch may become a hazard tree and segments begin breaking off of the top and falling onto whatever is below. If the hazard tree is near a home or building or in an area with a frequently travelled trail, then it should be removed.

While on our recent trip to North Idaho, a large Birch needed to be felled since it was close to a cabin and had lost several feet from its top, most likely due to disease.

As much as I do not like to see trees cut down for the purpose of encroaching on the forest for development, I do understand certain trees need to be removed when they become a hazard to people and other things in their surroundings.

Although no longer standing, this lovely tree still had many gifts to give. We decided to collect the bark to use it for jewelry and other crafts. The trunk will be cut into slices to create beautiful side tables for the cabin and the main log will be milled into lumber for later use. Some of the smaller sections will be used to heat the cabin and the rest will decay over time on the forest floor to provide shelter to small animals and insects and nutrition for new seedlings to grow.

Below is a series of photographs illustrating the process we used for the Birch bark removal. You can use a carpet knife to score the section of bark you want to remove then use the same knife to carefully pull away the edges from the inner bark. Once the outer bark begins to release, slowly peel the sheet from the log. Store the sheets flat or use water and a heat gun later to flatten any curled pieces. And of course remember to thank the tree for its beautiful gifts :). 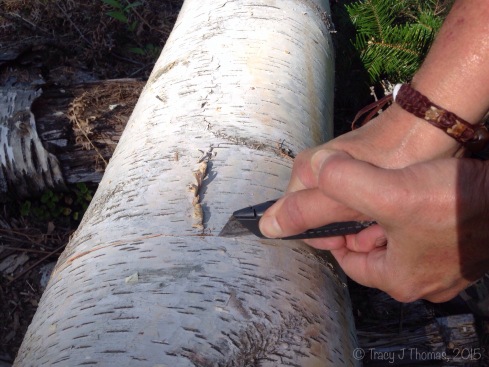 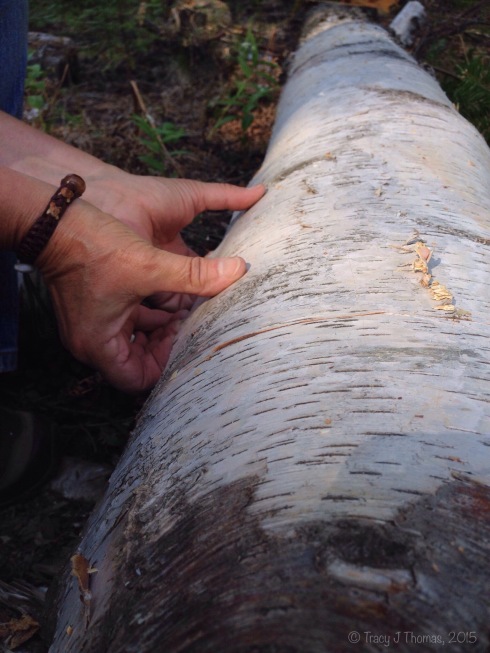 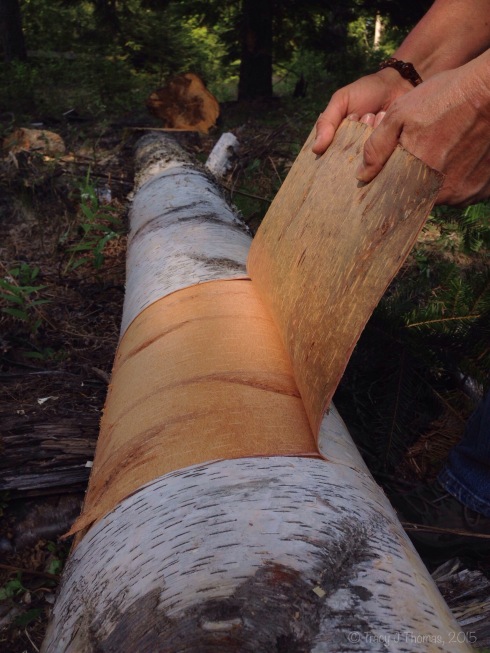 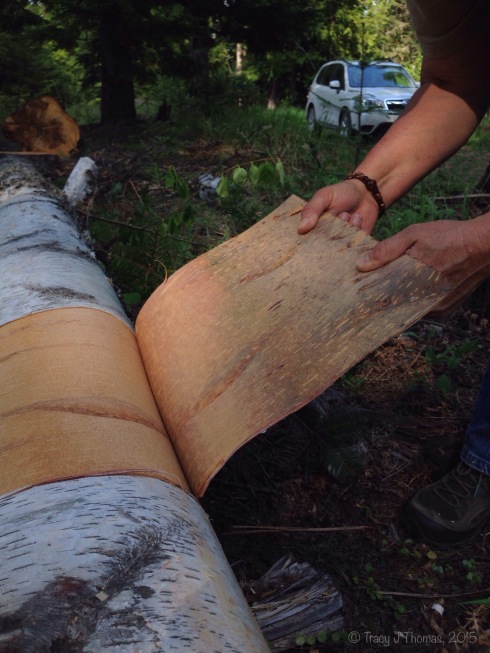 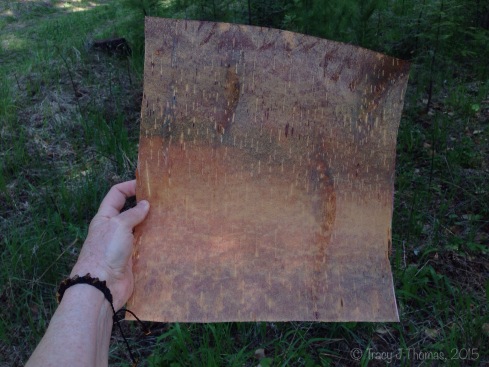 Here are two examples of pieces of jewelry I have made from this bark over the past few days.

The first is a necklace where I used pieces of bark that had lichen growing on them and incorporated it with earth-toned beads and silver wire.

The second is a pair of earrings I am still designing that mixes bark with metal and alcohol inks. 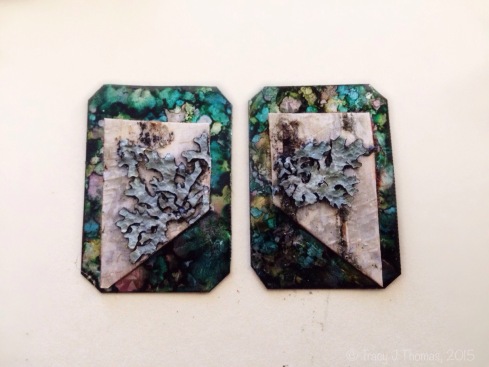 ** Click to purchase Zen in the Garden: Finding Peace and Healing Through Nature on Amazon. **