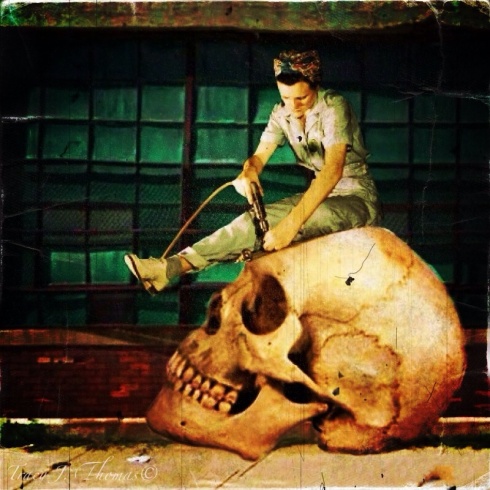 I have been pondering the recent political “war on women” over the past few weeks. There are some men in our country who exist inside the bubble of deep denial (or is it one of rampant stupidity?) and will poo-poo any notion that women are treated with inequity in this day and age. Those are the men who undoubtedly are most comfortable living in the 1950’s, greeted at the door by their woman who holds out a pair of slippers and a martini with two olives while flaring their nostrils to the smell of meatloaf cooking in the oven.

Get this Mr. Denial: it is the year 2012 and women are still earning only 77 cents for every dollar paid to their male counterparts while performing the same exact job.

What is reprehensible to me and millions of other women in this country is the fact the ERA has not yet been added to the Constitution.

“What?!” she says scratching her head. Yes Virginia it’s true… Our equal rights as women to earn and to be treated on equal footing as men are still not protected by the Constitution of these awesome United States some 89 years since the time of the ERA’s introduction.

It is maddening to me that the ERA still has not been ratified in 15 states. These states include: Alabama, Arizona, Arkansas, Florida, Georgia, Illinois, Louisiana, Mississippi, Missouri, Nevada, North Carolina, Oklahoma, South Carolina, Utah, and Virginia. It is maddening, but not surprising when I think about the overall demographic and general attitude of these particular states.

The Equal Rights Amendment was introduced in 1923. It did not pass the Senate and House of Representatives until 1972. Congress extended the deadline for ratification to 1982 and when that deadline passed, only 35 of the required 38 states had ratified the ERA. Because there is a constitutionally required three-fourths rule, the ERA has STILL not been added as an Amendment to the Constitution.

Therefore the inequality in pay and other arcane treatment continues in the workplace even though women perform the same jobs just as well or better than a lot of men.

So what the Hell are men so afraid of? Well, obviously they are afraid of losing their power (or at least their perceived power) over women. I am not talking about ALL men of course. There are many on this planet who have evolved far away from the Neanderthals who precede them, but there are still a hairy few who insist on treating women as objects to use as they please.

Now, I would not dare to speak for all women, as I know there are those few who choose to continue to play the role of doormat with a Stepford Wife smile on their pretty little faces (note all female Republican Senators who voted “no” on the Equal Pay Act because their party told them to). But women in general are feeling very angry. Finally.

I think it is time we as women began to build a better man. Take all the characteristics we desire to see in our counterparts and simply build a new model.

Start with your own children. If you bear sons, then raise them to understand we all deserve equal treatment whether male, female, black, white, brown, rainbow-colored, Christian, Buddhist, Muslim, Jewish, any other religious persuasion or not. If you raise daughters, then teach them the same.

But better yet, let’s use the power that a lot of these political idiots seem to forget we still have: the right to vote. Our fore-mothers fought for it, won it and we in turn need to continue to use it. We need to cast our votes to weed out all the hairy Neanderthals who continue to hold us down with their attempts to control our earnings, our power, and even our right to choose what we do with our private parts. We need to cast our votes for the ones who have a genuine belief and interest in our power as women.

Together we can build a better man.

I am a professional photographer, obsessed iPhoneographer, freelance writer and website designer located in Northern, California. END_OF_DOCUMENT_TOKEN_TO_BE_REPLACED
This entry was posted on Sunday, June 10th, 2012 at 12:28 pm and tagged with equal pay act, ERA, women's rights and posted in iPhoneography, Musings. You can follow any responses to this entry through the RSS 2.0 feed.
« That City by the Bay
Mobile Art Fanaticism »

3 responses to “Building a Better Man”