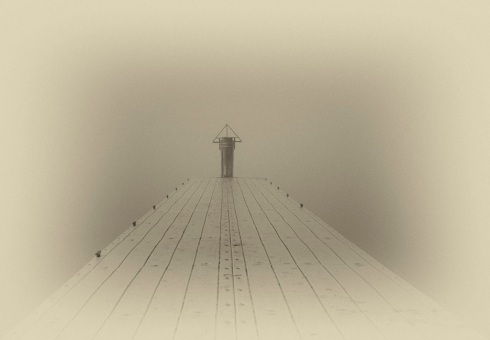 As a young girl I felt a deep, mysterious connection to nature and everything in it. It was hard for me at times to delineate where I began and it ended. Somewhere out there existed an ethereal vanishing point that was not visible to the eyes, where my own subatomic particles were merged with the wind, the water, the air, the ground beneath my feet. It took some time for me to trust people enough to experience the same, but eventually along life’s journey I began to meet certain individuals who I felt merged with even while in physical absence. Sort of an intuitive pas de deux that some would dub “coincidence” but I choose to call “psychic connection.”

I have always been intrigued by physics (which coincidentally, or not, contains the same letters as the word “psychic” minus one “c” pronounced “see”), so when Quantum Physics and its theories began to make its way into everyday layman’s terms I was smitten. Called “strange science” by many for quite some time, the theories and precepts are now being proven daily via measurable leaps and bounds.

One of its strangest theories is Quantum Entanglement… “photons whose quantum properties are so intimately linked that one always knows what the other is doing. When an aspect of one photon’s quantum state is measured, the other photon changes in response, even when the two photons are separated by large distances.” (Wired Magazine, June 2010). That entanglement can even reach across an entire galaxy. Einstein noted the theoretical possibility of entanglement and dubbed it “spooky action at a distance.” Modern day physicists have verified and documented its reality most recently through visibly measurable terms, proving one thing can be in two places or states at the same exact time and the actions of one can influence the actions of the other.

This is no longer the stuff of science fiction and fantasy. It is real and it is measurable. We are all connected. In fact everything in our world, in our universe and beyond is connected. Everything and everyone in our lives defines who we are.

Our thoughts, our actions and our reactions have a direct impact on others and on the world in which we live. With this knowledge comes great responsibility. A responsibility not everyone in this “me” focused society will gladly embrace. It is not a welcomed science for the power-hungry narcissist, the greedy politician nor the self-indulgent.

But for those of us who have somehow managed to stumble across this reality at some point in our journey, it is a welcomed opportunity to connect and encourage positive change on the deepest of levels. Through the act of taking small, seemingly insignificant positive steps and actions out of love, on an individual level, we will be enacting change on a universal level.

I am a professional photographer, obsessed iPhoneographer, freelance writer and website designer located in Northern, California. END_OF_DOCUMENT_TOKEN_TO_BE_REPLACED
This entry was posted on Saturday, January 7th, 2012 at 3:03 pm and tagged with einstein, intuition, quantum mechanics, Quantum physics and posted in Musings. You can follow any responses to this entry through the RSS 2.0 feed.
« The Magic Gate…
Floating in the Harbor of My Discontent »