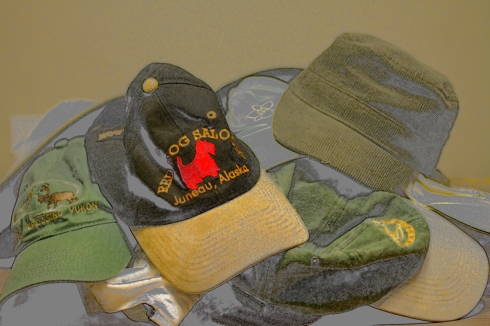 I blame the constant rumination of information that courses through my brain on the fact I was born with a rather large head. Something has to fill this vacuous expanse. Silly musings and semi-intelligent ramblings echo around and compete for real estate within all that gooey gray matter. Though I agree, the size of one’s head does not intelligence make, there must be some evolutionary purpose for an above average head circumference.

Don’t get me wrong. It’s not that my head doesn’t match the rest of my body. So if you are envisioning a huge head flopping over to one side due to its sheer weight while attached to a pencil-thin neck on the body of some petite little thing; your vision is incorrect.

And my mother wanted me to be a ballerina…

It took many years for me to grow into my rather long feet, which from day one served as a counter-balance to my head. By the time I reached High School I had grown a pair of curiously long legs like some creature out of Dr. Seuss and I towered above most of my friends, both male and female. My cross-country coaches were able to pick me out of a pack of runners from miles away due to my model-like upright stance. While I ran, it was important to keep my head balanced over my size 10.5 Nike’s, or the forward momentum caused by the bobbing of my head would send me tumbling. Lucky for me, by the time I reached the age of 18, I had grown gracefully into these two end points of my physique.

But then there was the problem with hats. The two things I adored most in life were shoes and hats. If I had been born a boy, the fact I had big feet and a large head would have been a non-issue. But because I was born female and graced with this Viking, Irish, German conqueror physique, I soon discovered the fashion industry’s blatant discrimination against women with Amazonian proportions. All the cute, feminine, tiny little hats were way too small for my massive noggin. On more than one occasion I was able to squeeze my head into a charming little chapeau and prance about the room. But the consequence of that action was a pounding headache and a barely functional brain due to the restriction of blood to my cerebral cortex. All this for the sake of style.

I have absolutely nothing against the people of the Philippines. Nor of the rest of Southeast Asia, Mexico, Hong Kong nor even China. I embrace and celebrate our differences and honor our universal similarities as human beings. However, if models with the physical proportions of the tiny, teeny little people in Gulliver’s Travels are going to be used to create patterns for the production of hats and clothing headed to market in the United States, a little cultural sensitivity training is in order. When you label a hat with “One size fits all,” what exactly is it that you mean? I think you meant to say “One size fits all, well, except for those of you who were born with really big heads.”

True, there are always baseball caps with their adjustable straps that fit if I expand them out to the very last snap. And of course there are knit hats of every flavor and most stretch far enough to cover my crown without too much restriction. However, I get tired of explaining “no, I am not on a softball team” or “no, I am not headed off to the half-pipe with my snowboard.”

Just once in my life I would love to wear a really, really cute, tiny, teeny, little feminine hat for the experience. Maybe something adorned with lacy bows or even a fluffy feather or two.

But there is hope. I recently spied a photo of Princess Beatrice and Princess Eugenie at the Royal Wedding and realized I am not the only one who struggles with the issue of ill-fitting hats. 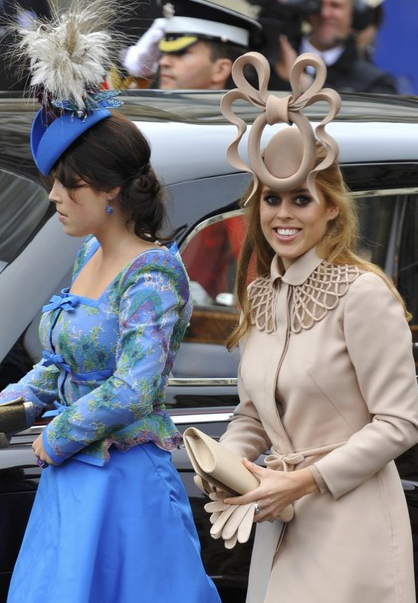 I was pleased to feel a strong sense of camaraderie with this obviously large-headed duo who were able to balance these lovely, tiny, teeny, feminine chapeau right atop their massive noggin’s. Their sense of style became such the rage that Beatrice’s hat eventually sold on eBay for $131,000. I hear there are knock-offs on the market that can now be fetched for mere dollars.

Regardless of whether I ever stumble across the right hat for my massive head or not, my heart and ruminating mind feel extraordinarily gladdened. In fact, I believe I have just stumbled across the evolutionary purpose for my enlarged head. I was unequivocally born for royalty. Of this my own mother would agree. She has always told me “you have champagne taste on a beer budget.” True that. I also have the attitude to match. I mean, someone needs to be Queen, right?

I am a professional photographer, obsessed iPhoneographer, freelance writer and website designer located in Northern, California. END_OF_DOCUMENT_TOKEN_TO_BE_REPLACED
This entry was posted on Wednesday, May 25th, 2011 at 8:25 am and posted in Musings. You can follow any responses to this entry through the RSS 2.0 feed.
« Gettin’ All My Ducks in a Row
Freight Trains and Hobo Dreams »